The plant will be located south of the intersection of Wilmer’s Road and Pit Road. The project has two main components, 1) the Water Treatment Plant (WTP) and 2) the Water Distribution System.

The Committee members and Project Team are in continuous communication to ensure that the project is carried out in the set timeframe, and that the needs and concerns of the community are addressed and considered as an integral part of the development of the project. 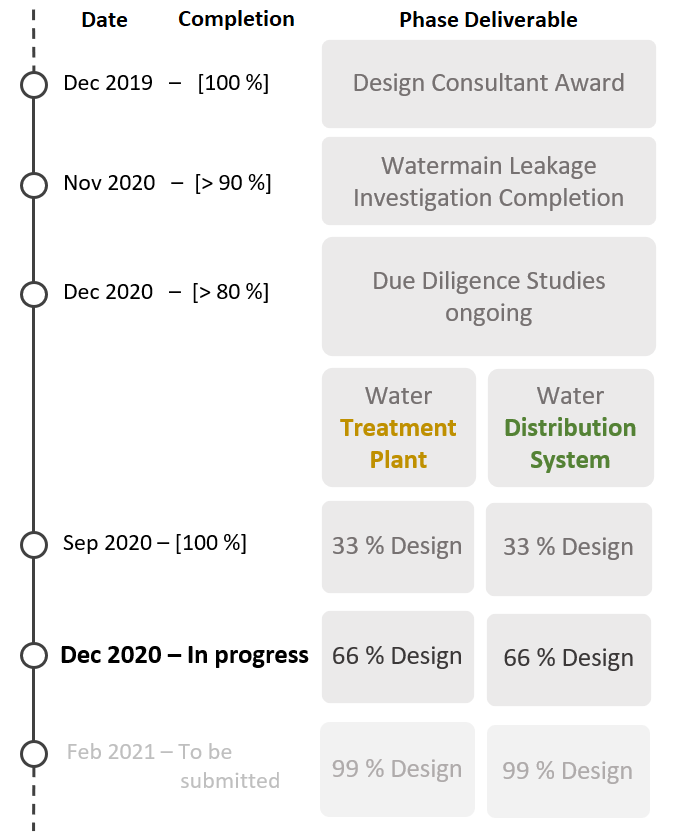 Where Will it be Located? 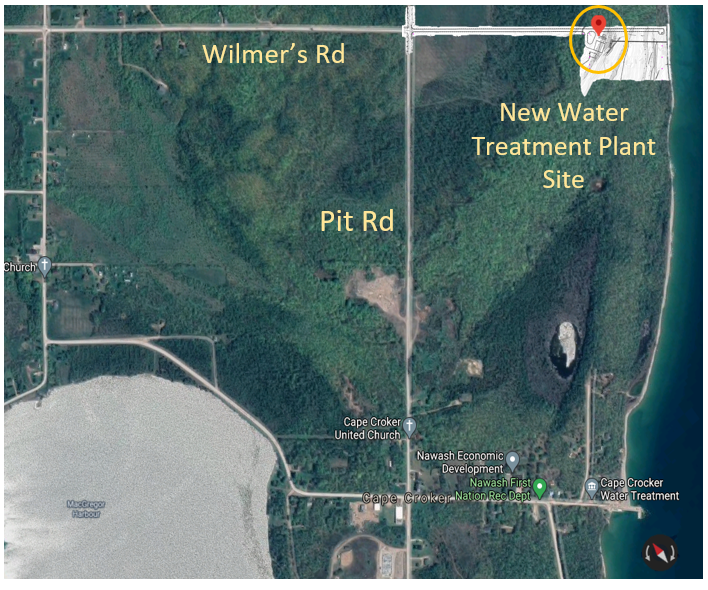 If you have questions about the project, please contact the Water Treatment Plant Manager,  Fred Dubeau (O.R.O.) at 519-534-4599, or wtp.supervisor@gbtel.ca, or the Capital Assistant, Caleb Keeshig at 519-378-6092 or capitalassistant@gbtel.ca.

The Housing and Water Departments remind residents to please refrain from flushing baby wipes, personal hygiene products, paper towels, food, grease, paint, solvents or other toxic chemicals down the toilets or sink drains. These kinds of products and waste can create large blockages in the sewage pipes, which leads to increased maintenance costs, messy and costly overflows or backups, as well as potential health and environmental hazards.

Dispose of your waste appropriately. Solids should be placed in your regular curbside trash. Food waste can be composted or placed in your trash as well. Paints, solvents and other toxic chemicals should be taken to the dump in non-leaking containers for safe disposal. Let’s keep our infrastructure and environment safe and sound.

Kikendaasogamig Elementary School will be closed on Tuesday, November 17, 2020, for critical work on the school’s water main.

Residents are reminded that there is no school on Wednesday, November 18, 2020, as the school transitions to the new schedule. The school will re-open on Thursday, November 19, 2020, and school buses will resume their runs picking up Class Cohort #1.

Kikendaasogamig teachers and staff thank the community for your patience and understanding.

Paul Nadjiwon led the prayers, offerings and drumming. The ceremony in portions spoke to the Thunderbird that resides in our area, to the manidoog of the land that will be disturbed to put in the new road and WTP, and to the water spirit in the Bay. Representatives of the firms contracted to assess, design and build the WTP and distribution system also attended the ceremony and were pleased to be part of such an important part of our unique development process.

Construction of the new road to the build site will begin in the next week. Access to safe drinking water is a basic human right. While First Nations across Canada struggle with their water supply, clean, fresh water from the tap is often taken for granted by urban, non-Indigenous Canadians. When our new WTP is completed, it will open a new chapter for Neyaashiinigmiing, in which residents will enjoy piped, potable water without the anxiety, inconvenience, and health concerns associated with chronic boil water advisories.

A ceremony will be held next Wednesday September 23rd, 2020 at 10:00 AM to celebrate and welcome the new water treatment plant and distribution system being developed.

The ceremony will be held at the intersection of Wilmers Road and Pit Road, and performed by Paul Nadjiwon.

All community members are welcome and encouraged to attend.

As part of the ongoing development of the new Water Treatment Plant (WTP), engineering firm Monteith and Sutherland will be conducting a bathymetric survey of the Bay near the new WTP location. A bathymetric survey gathers water depth information, as well as the contours of the lake bed. The survey will inform the new WTP’s intake location and depth.

Due to the nature of the work being conducted, there is a chance that water service may be temporarily interrupted during the maintenance period. We will strive to keep the community informed of any changes to the water service.

Also, residents are reminded to continue boiling their water. Bring water to a rolling boil for 1 minute before using.